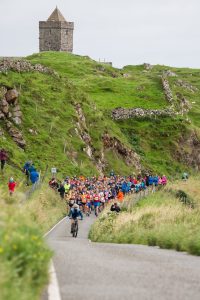 nd Power was on hand on Saturday August 10th as nearly 300 runners toed the line at the inaugural Marathon Hebrides. The course, described by some runners as ‘Brutiful’ took in the stunning shoreline and lunar landscapes of South Harris before crossing over the peat road to take in the breathtakingly yellow sandy beaches of the west side of the island. With almost 600m of elevation and 25 miles of running already in the legs, the final mile was finished on a brutally soft and leg sapping Seilebost beach. True to Hebridean style, the day was mostly drizzly with strong northerly winds giving runners a tough block headwind for the final 11 miles.

Ewan Crawford from Edinburgh team Hunters Bog Trotters won the men’s race in 2:53:06 having lead from the start while Amy Hudson from Inverness Harriers was the first female home in 03:32:42. The winning team 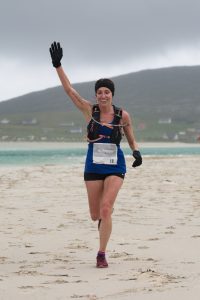 was…. Team LWP! The team was comprised of three young runners from Stornoway Running and Athletics Club Endurance team; David Morrison, Daniel Stewart and Sam Greenslade who crossed the line in 03:13:22. Runners were treated to a buffet and marquee ceilidh to finish off an incredible day for many in Harris.

Kerry and David from Lewis Wind power thoroughly enjoyed working with Marathon Hebrides as part of our sponsorship of their event with Kerry taking on the job of lead bike for the marathon.

We’re both certain this marathon will be a yearly sell out bucket list marathon for many after a brilliant inaugural event. 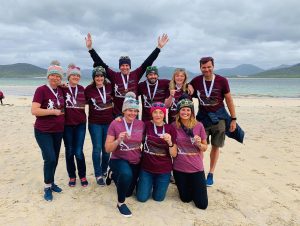 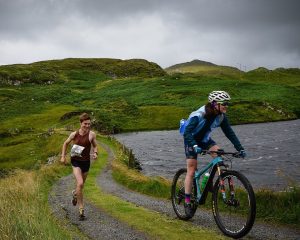 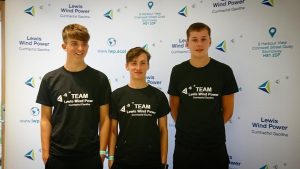